Today’s planned over-night stop at Glenn’s Ferry Three Island State Park, along the Snake River in Idaho didn’t happen. For the second time, this year, we didn’t make reservations and the Park was full. Lesson learned; from now on we will make reservations. Sometimes plans that don’t work out allow you to discover new things; we have been on I-84, in Idaho, on our treks to and from Bend to SLC, many times and missed this Gorge every time. We found a place for the night at High River Tours and RV Park. After setting up Huey and a bite to eat we set out for a walk to Malad Gorge and Springs. Wow have we been missing something beautiful. The mile and half walk was worth it!

Southern Idaho’s Malad River, a tributary to the Snake River, flows under I-84 without attracting much attention. Other than the unusual name Malad and the telltale term gorge, sightseers may pass by this state park. Here, just a short distance from the interstate, Malad Gorge State Park surrounds the Malad River Canyon and Devils Washbowl. From the first signs of the park, and all the way up to the edge of the canyon rim, this huge slice in the earth’s crust remains out of sight. If you were to conduct your sightseeing from the parking lot, you’d certainly miss this impressive the canyon. After marveling at the canyon in this unit of the Thousand Springs State Park, a 60 foot thundering cascade, nicknamed the Devils Washbowl, attracts more of the park visitor’s attention.
The day use park offers a narrow steel walkway across the gorge for some breathtaking canyon views. To the north of the bridge, the river rips through the Devils Washbowl. Over time, the narrow chasm has crept northward, exhibiting the tremendous forces of the Malad River.
Here in the canyon, birders may be able to spot resident kestrels, red-tailed hawks, golden eagles and rock pigeons. Other wildlife critters that call the park home include mule deer, jackrabbits, coyotes, and the yellow-tailed marmot. Although the beavers are gone from the riverbanks today, some believe the name Malad, a French word meaning sick, originated when 19th century trappers became ill after eating the buck-toothed creatures. 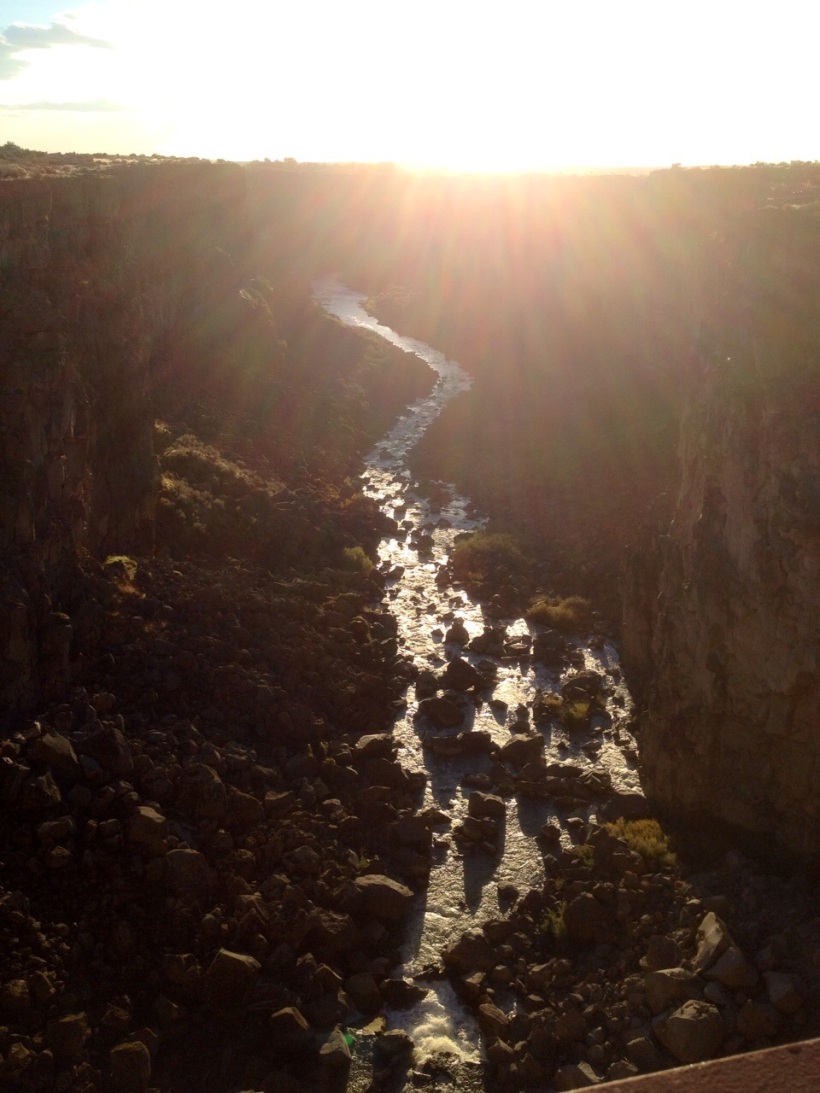 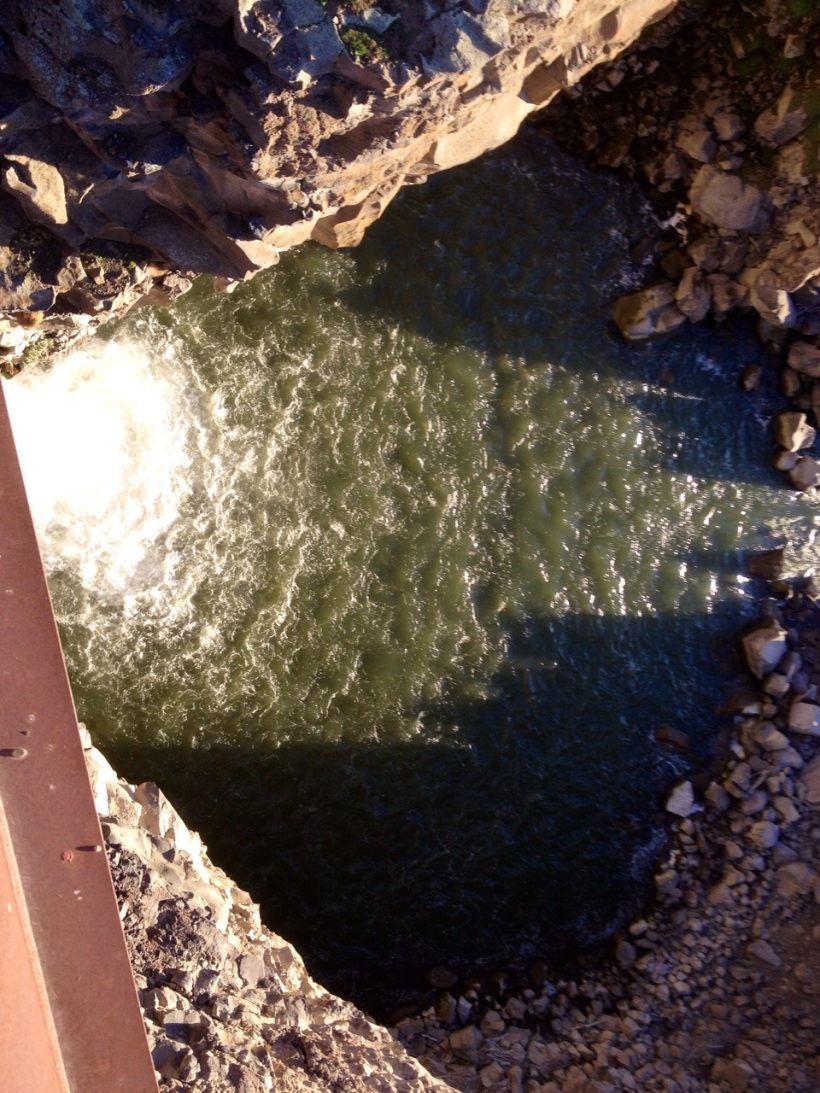 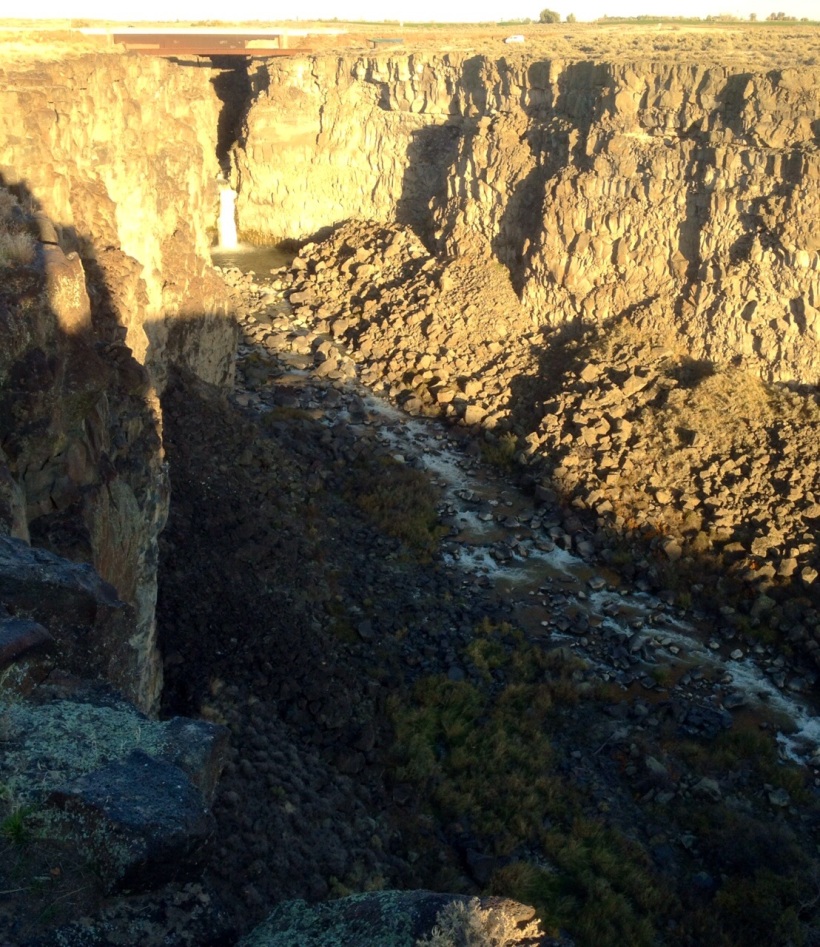