We are making a correction to a previous post. What we thought was a man of war turns out to be a
Velella or by the wind sailor. They sure look alike.

We thought it was an invasion of small sailing ships by aliens because thousands of these were on the beach the other morning. We have never seen these before at any beach on the Pacific or Atlantic. We actually thought it was a major die off of some sea creature. But with further investigating we found there was a much different explanation of what happened. Luckily we never came in contact with the stinging part of this being. We thought it was some kind of jellyfish. But this article below is what we googled and our pictures are below that description. I found it interesting that some have right handed sails while others have left handed sails. Part of the survival of the species.

The man-of-war comprises four separate polyps. It gets its name from the uppermost polyp, a gas-filled bladder, or pneumatophore, which sits above the water and somewhat resembles an old warship at full sail. Man-of-wars are also known as bluebottles for the purple-blue color of their pneumatophores.

The tentacles are the man-of-war’s second organism. These long, thin tendrils can extend 165 feet (50 meters) in length below the surface, although 30 feet (10 meters) is more the average. They are covered in venom-filled nematocysts used to paralyze and kill fish and other small creatures. For humans, a man-of-war sting is excruciatingly painful, but rarely deadly. But beware—even dead man-of-wars washed up on shore can deliver a sting.

Man-of-wars are found, sometimes in groups of 1,000 or more, floating in warm waters throughout the world’s oceans. They have no independent means of propulsion and either drift on the currents or catch the wind with their pneumatophores. To avoid threats on the surface, they can deflate their air bags and briefly submerge. 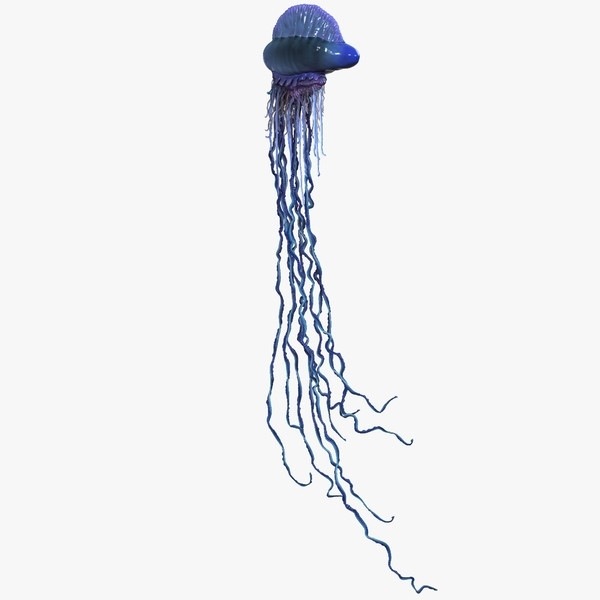 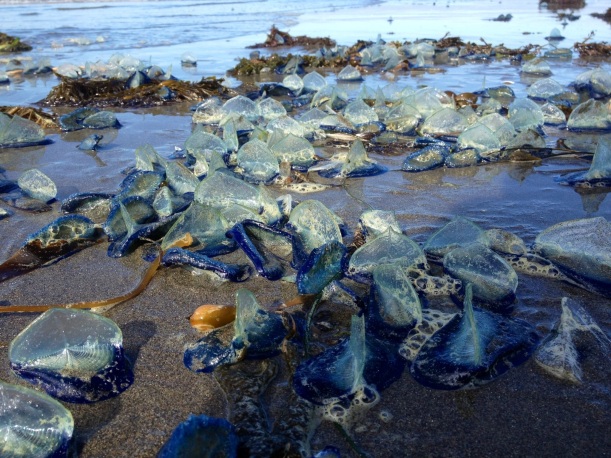